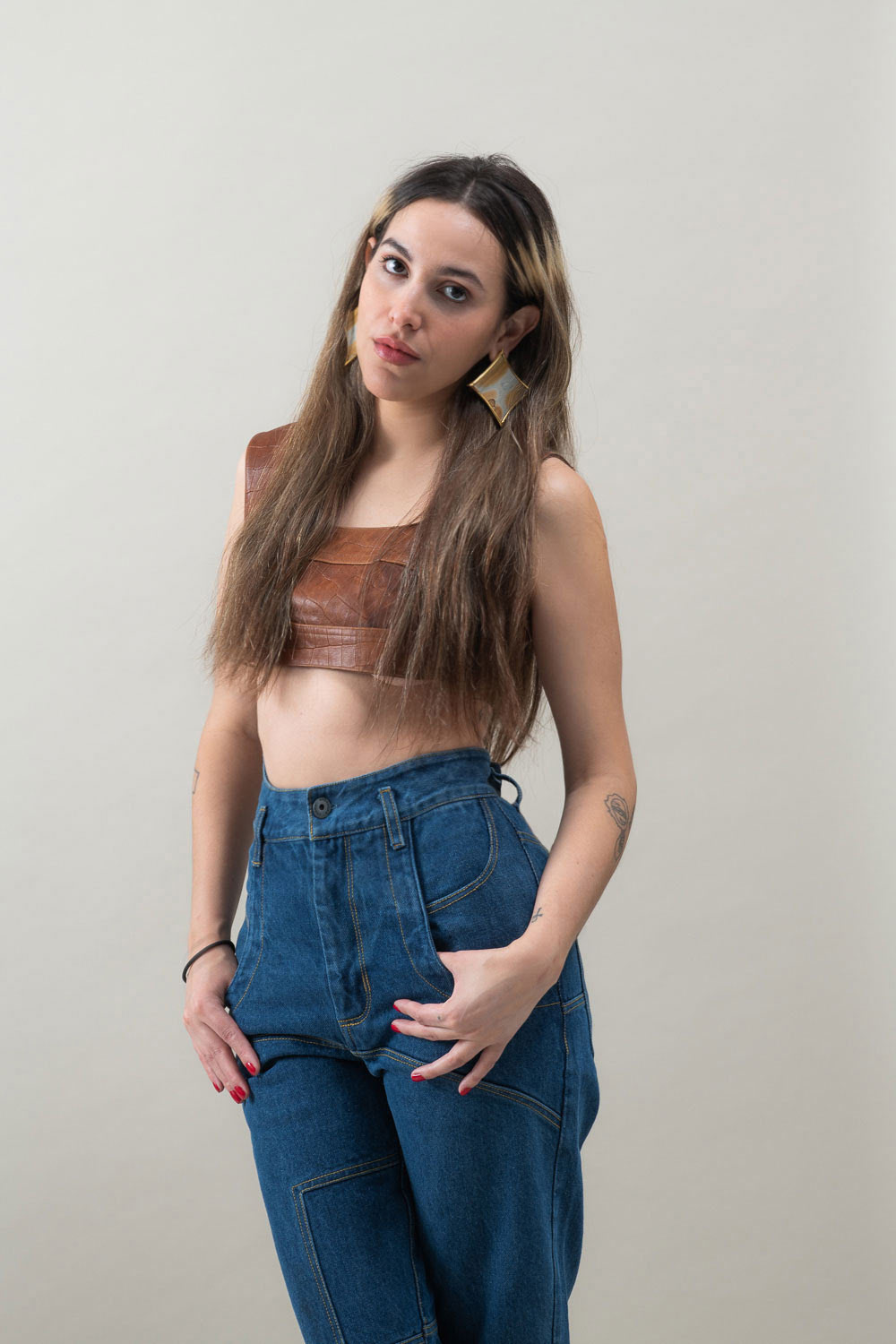 Selected by Holly Herndon. Listen to their podcast below:

Born and raised on the US-Mexico border, New York-based DJ and producer Delia Beatriz - best known for her solo work as Debit - was eight years into her full-time music career when she decided to undertake a masters in music technology at New York University. Having recently started her final year, Debit charts the course of her career from Mexican bars and Rhode Island warehouses to New York City’s clubs and classrooms.

Can you tell us about your early relationship with music? I had piano lessons as a kid. When I was 13, we moved from Mexico to a US border town. In high school we would go to clubs in Mexico, because the drinking age is 18, so whatever they were playing, Kylie Minogue, really commercial stuff.

When did that passive relationship become more serious? In college I studied history, but I took an elective in computer music. It went back to the theremin and the early electronic instruments played by technical people wearing suits in the lab. I was interested in that culture and those sounds.

I started getting more curious. I went to college in Providence, RI. It’s a post-industrial city, a lot of abandoned factories which kids had turned into show spaces. There was this gritty, grimy DIY scene, like punk but with electronic gear.

Is that where you started making your own music? There was a media lab at school where I started making my own tracks. I didn’t really understand genres. It was just stream of consciousness creation.

After I graduated, I moved to Argentina, I started doing workshops in circuit bending and making my own oscillators and pedals. It became more social, the next natural step was performing. I was invited to do little shows, it was noise essentially, all improv, and that lead to being in a band, HDXD, we released an EP and an album in 2012.

“After I graduated, I moved to Argentina, I started doing workshops in circuit bending and making my own oscillators and pedals, it became more social, the next natural step was performing.“

When did your interest in techno evolve? When I moved to New York. There’s more straightforward dance music here, that’s when I started Debit. It came hand in hand with DJing. It’s easier to go somewhere with your USB and hauling a rig. I started doing my own production, the kind of music is played in the context of a club. I think that’s when I understood that piece of the puzzle: you make work for the kind of space it’s going to live in.

But the thing that’s widely praised about your work is the interplay between pummeling rhythms and more ambient moments… There's always a resistance, if have a deadline for a remix that I know has to be clubby, I'll sit down and start making really interesting ambient, or I'll start exploring the opposite. And that I can't control, that's where I lack discipline, and it's become more intense now that I'm in school.

How are you juggling your school with a career? Well I had to cut out raving but I've gained the whole day! You're functioning from much earlier on, learning about the physics behind converting a signal from acoustic to digital, or about the different polar patterns of microphones. Not all of it feeds into making a hit record but all the content has helped my mind, it's tamed my wild horse. 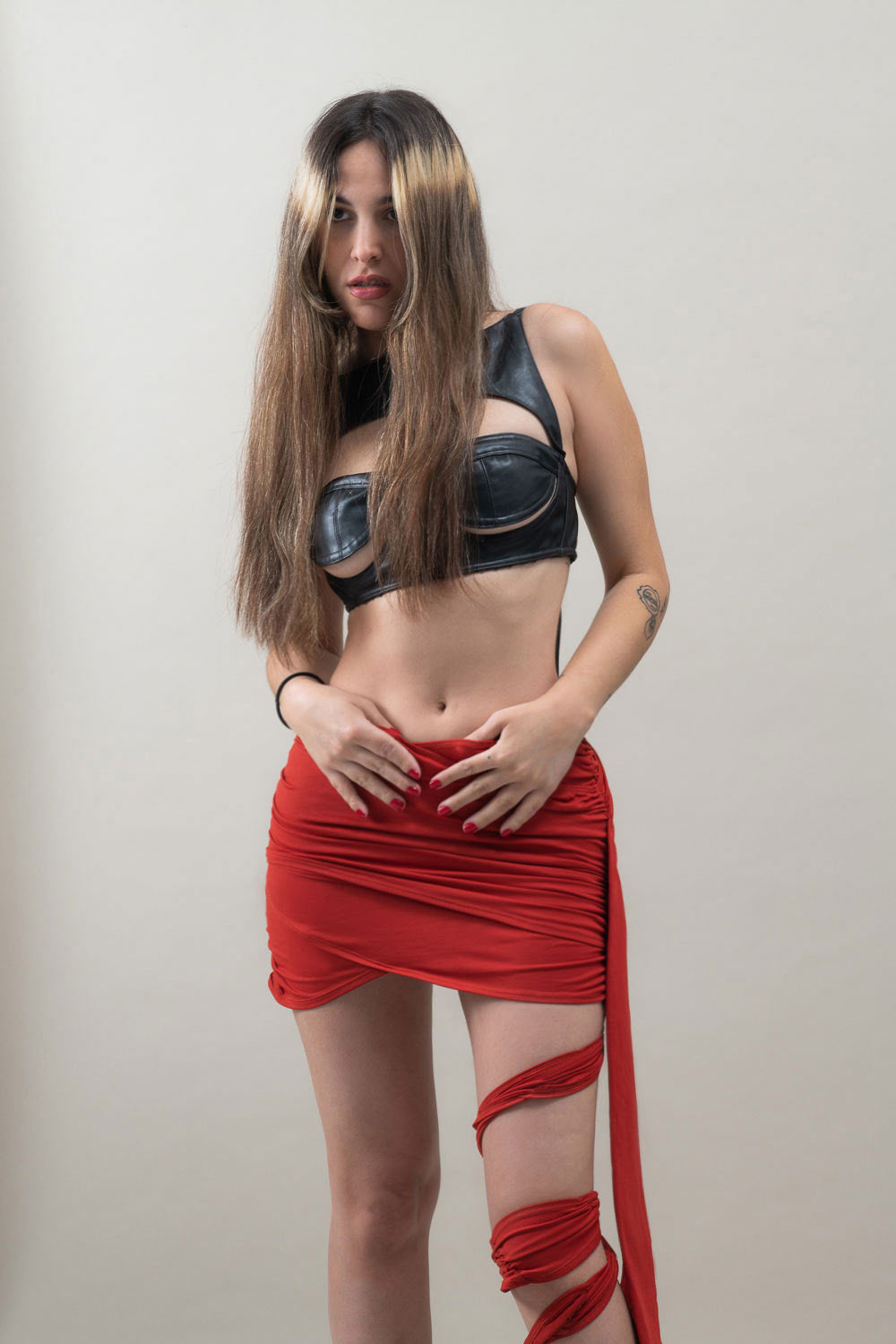 Why did you decide to do it? At the time I decided to go to back to school, I was really in demand but I was like: how long can an artist have a hype if you're not significantly innovating in your contribution? I felt like I'd reached a limit of what I could achieve on my own.

Let’s talk about NAAFI - your crew in Mexico - what’s your relationship with them like? NAAFI is my label. Even though I don't live in Mexico, it's really important to be part of their conversation. I feel like all immigrants have a nostalgia to the motherland which usually involves a romanticising and abstraction, so for me it was really important to make it really practical and tangible.

They were really helpful with structuring tracks or gossiping about how much everyone got paid. Being able to be real, even though you're still talking industry, was essential in my formation.

“At time I decided to go to back to school I was really in demand but I was like: how long can an artist have a hype if you're not significantly innovating in your contribution?“

What have you been working on recently? A collection of short percussion studies based on trival-guarachero (early 2000s club music from Latin America), stripping out all the airhorns and putting it in dialogue with the stuff I hear in the clubs in New York. It’s a particular trival, from my hometown, and I was interested in continuing that cultural dialogue, to make something that has meaning beyond just musical output.

Vote for Debit if you want to hear more from them. Each of the Curators selections with the most votes will receive further exposure, a mentoring session with one of the curators and the opportunity to create a podcast that shares their own story.

THE CURATOR
“She's so brilliant, energetic and charismatic. There's no other word to describe her other than avant-garde“