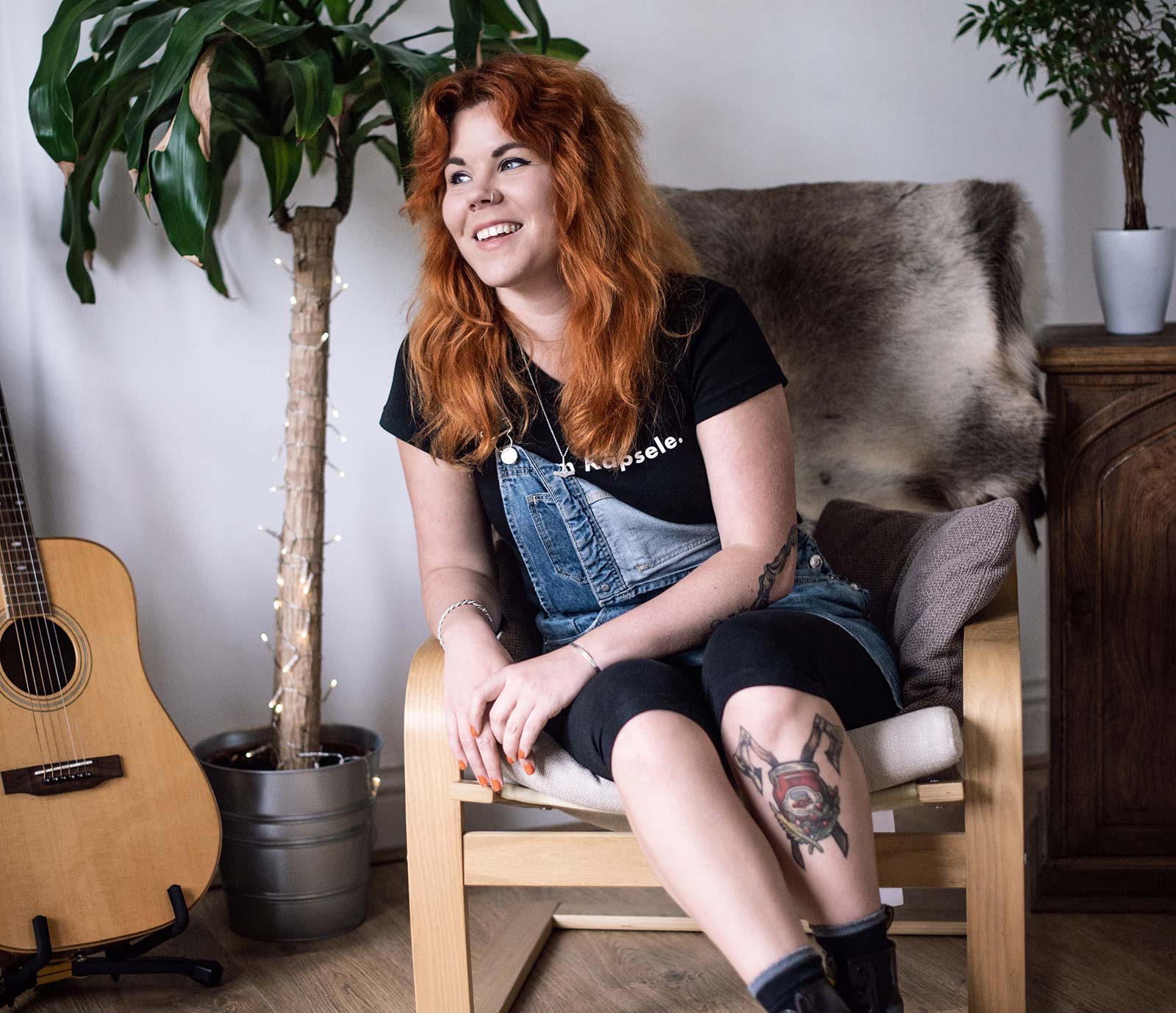 Selected by James Lavelle. Listen to their podcast below:

After graduating from university, Hannah struggled to get her foot in the door of any UK recording studio. After two years of commuting to London for unpaid internships, she found a placement at a local theatre through the Job Centre. She’s since gone on to work as a live sound engineer for artists as varied as Noel Gallagher, Mos Def, MNEK and Il Divo. Alongside a busy touring schedule, Hannah co-founded Women in Live Music, an organisation which provides skills and inspiration for the next generation of females working across the industry.

What were your early experiences of live music like? When I was a teenager, I spent all of my money going to see metal and rock bands, but I didn’t know what a live sound engineer was. I think I thought that the bands just played on stage and the sound somehow came out of the speakers!

So you studied music technology, what was that like? It was very studio based, I learned basic electronic and acoustic theory, and how to mic up a drum kit, but it wasn’t until I started working that I really started learning properly.

What happened when you started working? It took me two years to get my foot in the door. I was doing unpaid PR internships for speaker companies and losing money on travel. Every time I sent my CV to a recording studio I would get nothing back, because I didn’t really have any experience.

I went to the Job Centre and they were like: “Well actually, there’s a work experience placement at a theatre in Tunbridge Wells”. That was great, I didn’t get paid but that’s how I learned to do sounds and lights and put staging together. From there I started working as a casual technical at Brighton Dome.

“Some of my work comes via Facebook messages and the job I’ve got at the moment came through LinkedIn, which is weird - who uses LinkedIn to find touring crew?!“

When did you move to London? I moved to London to do a three-month course with Britannia Row, and I learned more in those three months than in three years of university. It was really intensive, focusing specifically on live sound knowledge. I learned everything from the physics of sound, to how to label a stage box, or do a sound check. That course was the best thing I ever did.

What happened after the course? I worked for Britannia Row in the warehouse. I was prepping kit for big tours with bands like Iron Maiden or Robbie Williams, so I was learning what goes on behind the scenes. I started getting interested in radio frequency technology, I did two wireless courses, then I got offered to go on tour with Noel Gallagher as the RF tech. 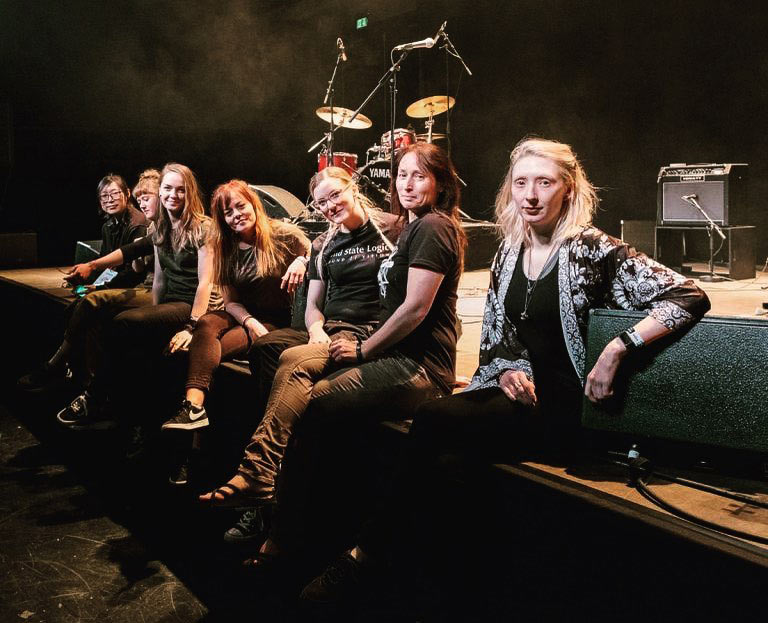 Was that your big break? Well, it was a really big tour, with a tour bus and a whole truck’s worth of kit, but it wasn’t very creative. I was just making sure that all the radio stuff worked every day. I always wanted to mix, and be part of that creative process, so I started touring with smaller bands. I worked with Stornoway - a folk band from Oxford - when it’s a smaller band who can’t afford a tour manager and a sound person, so I had to do both.

Tours normally last about two weeks and we’ll have two days of rehearsals at the beginning, just so I can set up the desk, get the mixes right, and make sure all the kit works. When I am not touring I still do a lot of venue work in London.

How do you find new work? People aren’t going to post these roles on websites, so a lot of my work comes through recommendations. Some of my work comes via Facebook messages and the job I’ve got at the moment came through LinkedIn, which is weird - who uses LinkedIn to find touring crew?!

“We thought it would be great to have a network where women can find each other, help each other, inspire each other and create role models for younger women coming into the industry.“

Can you tell us about Women In Live Music - the organisation you started - what was your motivation for starting it? When I started out I didn’t have any role models, and I remember thinking, and this is really sad: women just aren’t as good as men at sound technician roles. It wasn’t until I found Sound Girls - they’re a US-based organisation that tries to empower the next generation of female audio engineers - that I got really confident, I could see all of these women doing the things that I wanted to do.

One of the founders of Sound Girls, Karrie Keyes, is Pearl Jam’s monitor engineer, and when I discovered that, I was like wow, OK, she’s right at the top.

So you started something similar in the UK? Yes, I met my business partner Malle [Klaas] at Britannia Row, and we decided to make our own organisation to connect women across the live music industry.

We thought it would be great to have a network, where women can find each other, help each other, inspire each other and create role models for younger women coming into the industry. It’s been really successful. People always say it’s really nice to be learning from women. If your role models are just old men, then you start to feel like you don’t belong, but having people who do look like you gives you more confidence, and you’re less likely to drop out of the industry and do something else.

Vote for Hannah Brodrick if you want to hear more from them. Each of the Curators selections with the most votes will receive further exposure, a mentoring session with one of the curators and the opportunity to create a podcast that shares their own story. 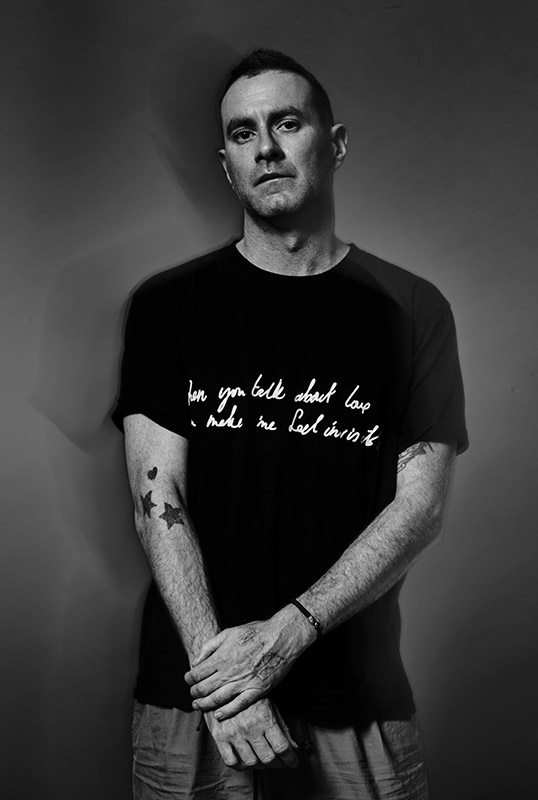 THE CURATOR
“Her work was on-point. The sound on stage was absolutely awesome...like up there... so good“