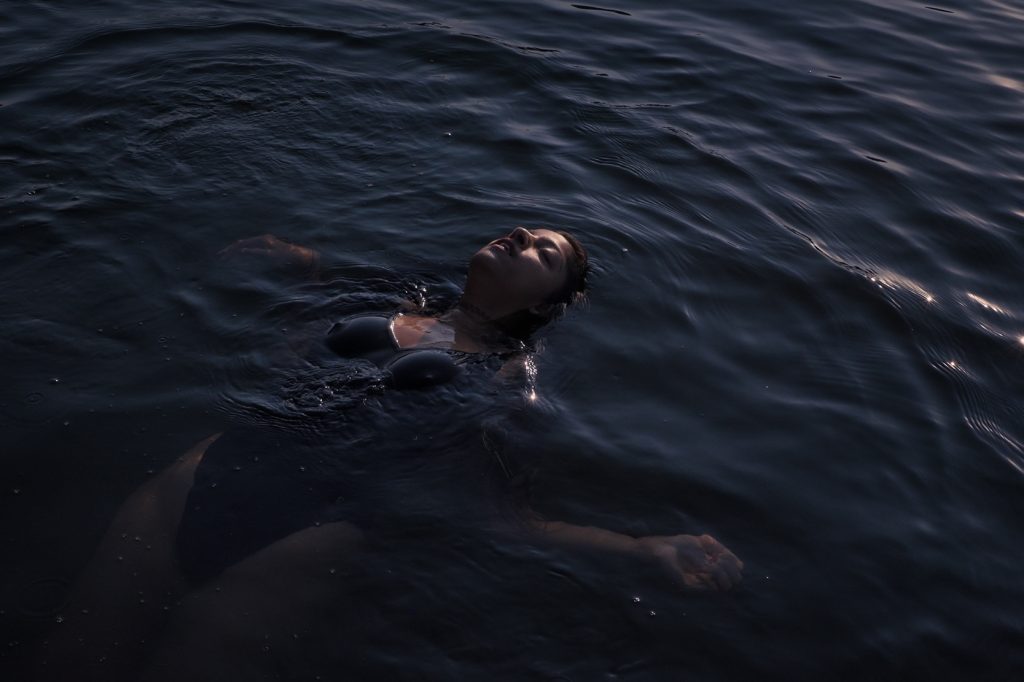 Fran Lobo creates moody, atmospheric soundscapes as a solo vocalist, but the London-based singer also thrives amid the collective uplift of choral singing.

It all started, somewhat surprisingly, with classic rock. “I’ve always been a fan of the music my dad’s really into, like Queen and Creedence Clearwater Revival, Led Zeppelin,” Lobo says with a smile. “I grew up loving rock music and just having this thing inside me that I really want to be flamboyant and perform.”

Finding herself as a musician has been a gradual but true process for the North Londoner. After dabbling with a rock band, she also experimented with acoustic guitar-led indie-folk before honing the signature sound of her solo output: a dark, moody, atmospheric strain of future soul, trip-hop and drum’n’bass that, like much about Lobo, knows few boundaries. Standouts among several singles released to date include “High” – a hypnotic haze of metallic beats and mantra-like chanting that sounds as if its all been recorded in a cave of reverb – and “War,” which could be a battle cry produced by Roni Size.

Her list of influences is wildly diverse: everything from Amy Winehouse to My Bloody Valentine with some Brandy and Monica thrown in for good measure. “The Smiths basically represent a whole part my life,” Lobo reveals. “At uni I had a little car and me and a friend used to play The Queen Is Dead on repeat. Really loud, driving around, analyzing all the lyrics.”

Holding the whole unlikely blend together is Lobo’s voice: a pure and supple instrument that could conquer just about any style. With a five-track EP and her debut album ready for release in 2020, Lobo is on the brink of a bold and hopefully game-changing new phase of her career. “I went really in on the production … and went down a massive rabbit hole,” she says proudly. “I worked a lot with Andy Ramsay from Stereolab in his studio, Press Play.”

Releasing fresh material will be a triumphant way of putting behind her a spell over the last couple of years which, while productive, hasn’t been without its challenges. The biggest among them: losing her voice a few years ago. “I just hadn’t thought about the fact that my voice was getting used a lot,” she reflects. “And I also went to a gig where I screamed at the top of my voice – Massive Attack at Hyde Park. I sounded like an alien, it was really horrible.” She couldn’t sing properly for months. It took sessions with a vocal expert to recover.

But instead of becoming discouraged by the scary episode, she chose to use it as inspiration for Voicescolourmotion – a critically acclaimed interactive sound and light installation celebrating the power and vulnerability of the human voice, staged at the storied Snape Maltings cultural center on England’s eastern coast in summer 2019. “For me that was a big experience,” says Lobo. “For the first time I was part of a different world, the art world.”

Another key step in her development as an artist has been performing at major festivals around Europe for the revered British musical collective UNKLE. “All of us in the band just get on incredibly well, it was an amazing experience,” Lobo says. It was then that she met UNKLE’s fulcrum and Shure24 curator James Lavelle, who selected Lobo for her “eclectic” talent and “hardcore” dedication.

Both her foray into the art world and singing for UNKLE in front of huge crowds in places like Istanbul, Madrid and Moscow have been important confidence-building experiences encouraging her to start a brand-new chapter of her solo career.

As a multi-disciplinary creative pushing forward on a broad front, it’s easy to imagine a variety of exciting futures for Lobo. What does she make of the argument that says: pick one thing and do it better than anyone else?

“Yeah,” she ponders for a second, gazing out over the London skylines. “I’d just get bored,” she says with a shrug. “I don’t want to be boxed in.”