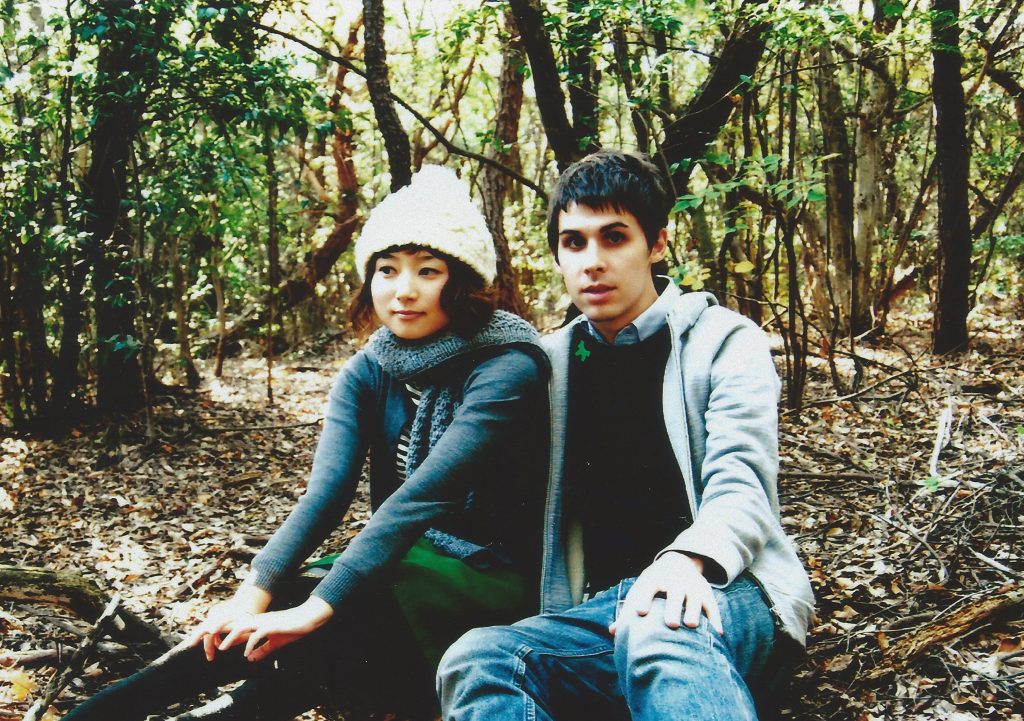 For Yoshimi and Shawn Seymour, the creative forces behind the sound studio Lullatone, a normal workday might consist of recording gusts of whooshing air or building custom instruments from plastic pipes.

“They took us to the factory to record sounds, so we could record air blasting and plastic pipes falling, then they sent us back with four giant boxes of valves to make an instrument, opening and closing them, and changing the pitch. It’s like a pan flute thing,” says Shawn Seymour. “The second room in our studio is filled with PVC pipes and valves, so it looks like a plumbing office. It’s been a fun project.”

Lullatone have described their music as “pajama pop,” which makes sense, considering the project’s moniker sprouted from Shawn’s habit of composing soft lullabies late at night after the couple relocated to Japan.

Whether creative or commercial, Yoshimi and Shawn simply love making stuff together, something they’ve been doing since they met each other at Kentucky’s Bellarmine University. But striking that balance between corporate work and their own creative vision has always been at the forefront of the Lullatone agenda.

“We’re really careful to keep making personal projects alongside work projects,” explains Seymour. “We do quite a lot of client-based work with deadlines to help pay the bills and keep the studio running but we still release an album every year.”

One of the positive aspects of engaging so regularly with commercial clients has been instilling a sense of creative discipline, which the duo has transferred across to their own music as well.

“I think one good thing I learned from doing all these projects is the importance of having a deadline –a hard day that you have to finish,” says Seymour. “If you’re working on the album on your own, you can get to it whenever inspiration hits you, but sometimes it might hit you that you’re not in the mood to do it, because there’s something really good on Netflix. So we’ve tried to make strict deadlines for our personal projects, too.”

A testament to their discipline, at one point they were releasing a new Lullatone song every week for an entire year. Maintaining this sort of flow meant that their creativity remained in motion, and their ideas stayed fresh.

“They’re not all hits, but some really surprised us,” Seymour admits. “There’s something about having to do something, which really squeezes the last drop out.”

Throughout their diverse works since, they’ve developed and honed an array of unique instruments and sounds: a world of sonic options that they pour into each new project.

“We have a lot of instruments here. There’s a lot of weird super-cheap toy instruments, a computer, synthesizers and the thing I really like is like mixing them all up and then trying to make new sounds out of them,” Seymour says. “I made a video the other day when I was shaving with an electric razor and then I recorded it. It has a gross sound but if you re-pitch it, it becomes an interesting organ sound.”