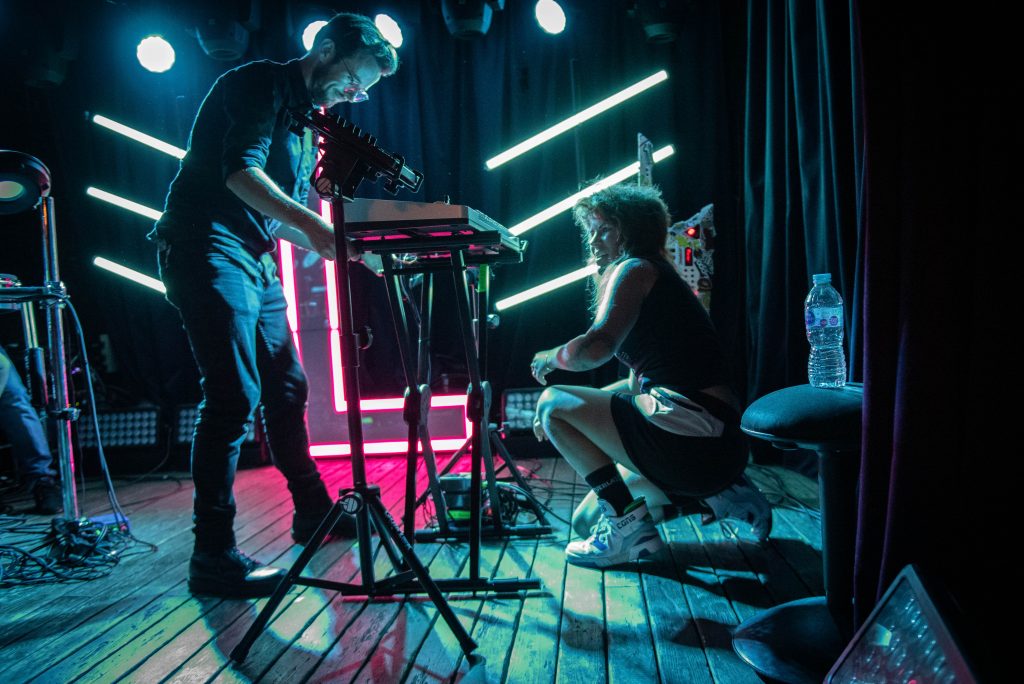 Hannah Brodrick isn’t just an outstanding engineer for live sound – she’s also blazing a trail for other women hoping to come up in a music industry long dominated by men.

The organization she helped establish, Women in Live Music, provides mentoring and community for a new generation of engineers, stage technicians, bookers, tour managers and more across Europe.

Prepping kits for Iron Maiden and Robbie Williams, working the backend for the likes of Noel Gallagher, Mos Def, MNEK and Il Divo: Brodrick has made them all sound good. It was a heavy slog and a parade of unpaid internships to get her foot in the industry.

Brodrick’s career path wasn’t made any easier by the fact that there were very few – if any – women working in her field at the time.

“When I started out, I didn’t have any role models,” she recalls. “And I remember thinking – and this is really sad – women just aren’t as good as men at sound technician roles.”

After studying music technology, she moved to London and solidified her skill set during a course at Britannia Row. “It’s the best thing I ever did,” she says. There, Brodrick got deeper into the world of wireless wrangling, which led to a big break touring with Noel Gallagher.

“It was a really big tour, with a tour bus and a whole truck’s worth of kit, but it wasn’t very creative,” she says. “I was just making sure that all the radio stuff worked every day. I always wanted to mix, and be part of that creative process, so I started touring with smaller bands who couldn’t afford a tour manager and a sound person. I had to do both.”

Brodrick eventually found her groove, even though colleagues weren’t always prepared to lend a helping hand. “They didn’t always want to share their knowledge. Maybe it’s a male competitiveness thing,” she says. “I could’ve benefited from a woman taking me under her wing. It can be a tough place when you’ve had a bad gig. It’s hard to pick yourself back up.”

Fortunately, she at some point discovered Sound Girls, the US-based group founded by Pearl Jam’s monitor engineer Karrie Keyes. Brodrick quickly recognized the importance of creating a similar organization in the UK to encourage female sound technicians to not only enter, but to be able to thrive in the rough and tumble music industry.

“We thought it would be great to have a network, where women can find each other, help each other, inspire each other,” she says. “I think it’s important to take the time to share your knowledge. I try to look after people.”

In fact, it was one of her own mentors who introduced her to Shure24 curator James Lavelle and helped her land a gig as a monitor engineer for some UNKLE shows last summer.

Though she has no intention of giving up working live shows anytime soon, her leadership role at Women in Live Music has also given her thoughts about the future. “I might try my hand at teaching at some point,” she muses.

For now,mixing and handling other aspects of live sound is too much fun to give up. Still, her profession does mean that it’s no longer possible for Brodrick to enjoy a concert like a regular person.

I went to see Imogen Heap just a few days ago,” she says. “A friend was doing the front of house [mixing] and the sound was great. But I can’t really enjoy myself if it’s bad. I can’t really switch it off anymore.”

It’s a long, long way from when she first started going to concerts as a teenager.

“I spent all of my money going to see metal and rock bands, but I didn’t know what a live sound engineer was,” admits Brodrick. “I think I thought that the bands just played on stage and the sound somehow came out of the speakers.”